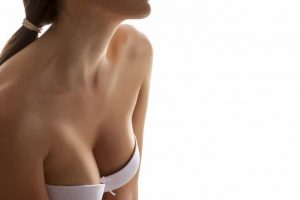 Breast cancer is only succeeded by skin cancer in women. The National Cancer Institute estimated that more than 265,000 women were diagnosed with breast cancer last year. In 2017, the American Society of Plastic Surgery reported over 106,000 breast reconstruction procedures.

Breast reconstruction can be a pivotal step in achieving significant psychosocial benefits for a woman who has undergone a mastectomy. The process can sometimes be long, but the physical and emotional effects of reconstruction last indefinitely. As a final aspect of breast reconstruction, women may consider how to restore the appearance of the nipple-areola complex. According to studies, this last step correlates with higher overall patient satisfaction and positive body image after breast cancer treatment. We are pleased to offer patients of the Chicago Breast Center several options for nipple reconstruction.

Skin grafting involves taking a small amount of skin from another part of the body. This skin is molded to recreate the shape of the nipple. Because skin grafting leaves a scar in the area where tissue is harvested, we consider other options first.

This surgical technique also leaves a scar. However, because tissue is lifted directly from the breast, the local flap reconstruction gives us the opportunity to coordinate that scar with the mastectomy scar.

In cases where the nipple-areola complex remains intact on one breast, nipple autograft may be a reconstructive option. This technique reduces the nipple on the intact breast and uses the harvested tissue to create the nipple on the treated breast. A benefit of nipple autograft is that resultant scarring is typically imperceptible. The reconstructed nipple also perfectly matches the texture and color of the native nipple, bringing more cohesion to the final appearance of the breasts.

Throughout our many cases of breast reconstruction, we realized that medical tattooing for nipple reconstruction had a tendency to fall short. To resolve this problem, we consulted with and now work with an experienced tattoo artist who has developed precise techniques for recreated the appearance of a projecting nipple. A 3D tattoo does not rebuild a nipple “mound,” but creates the appearance of one. This treatment may be more suitable for patients who have been treated with radiation due to the low risk of healing complications compared to tissue grafting.

The team at Chicago Breast Center is at the forefront of breast surgery. To schedule a consultation to discuss breast reconstruction with or without nipple reconstruction, call (312) 266-6240. Our practice serves Chicago, Illinois and surrounding areas.